Patroness of Sumerian scribes, Nisaba was the goddess of writing, wisdom and knowledge.

In this painting we see her depicted in an iconographically contemporary version that does not draw on traditional and ancient iconic matrices; combined with braids, which allow you to notice the abnormal shape of the head, undoubtedly elongated compared to the norm.

This is because Nisaba is part of that caste of divinity described with skulls with increased capacity, scientifically teratological, anomalous.

The orange stripe behind the face reproduces an alphabet called “cuneiform” inside the engravings, considered very ancient.

Some letters of this script are transferred to her and impressed on the skin of her forehead, like a scar, a scarification.

Finally his lips, not completely closed, as if to whisper something, aware of who holds the knowledge and can spread it to those who are worthy of receiving it. 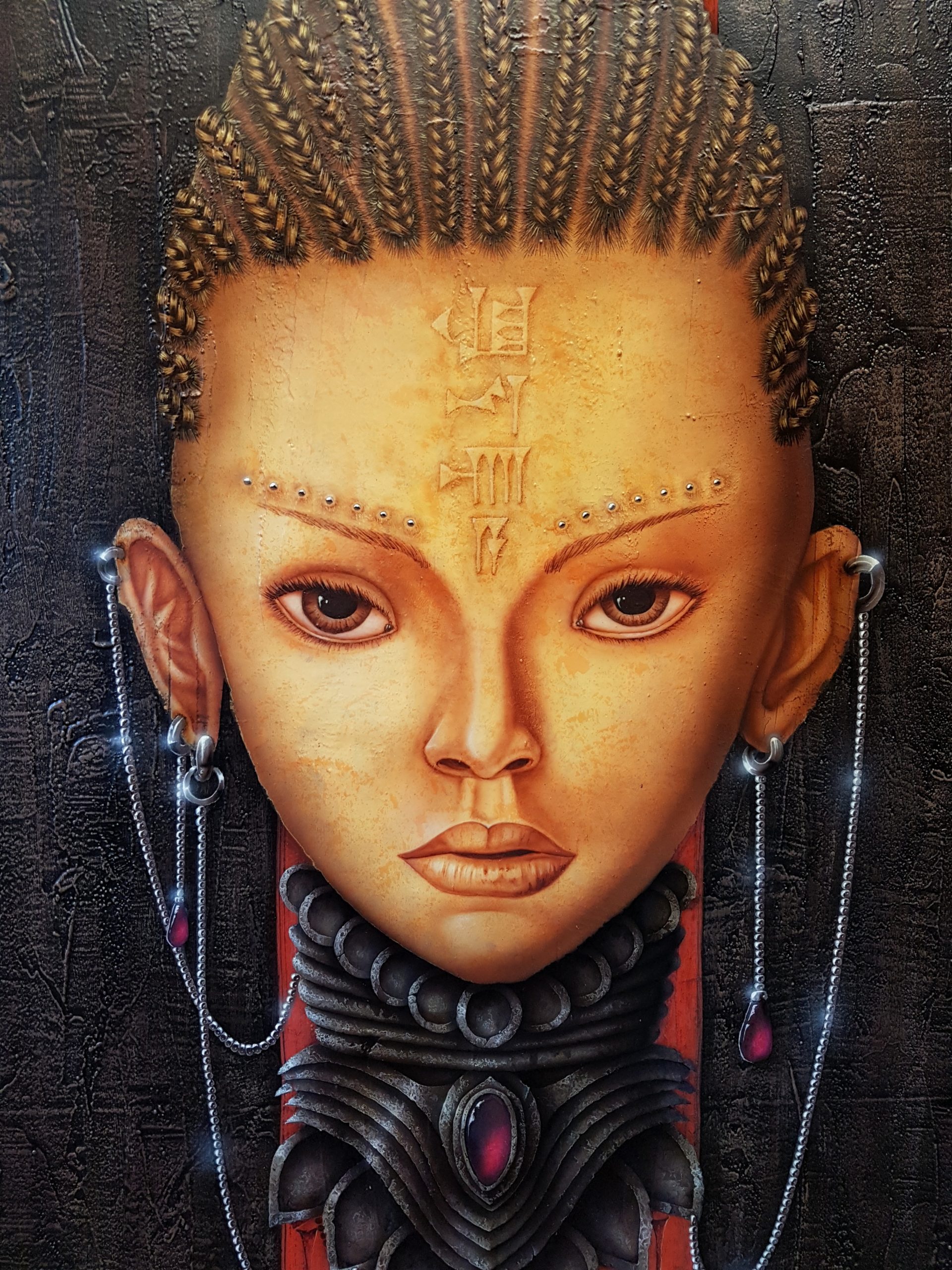 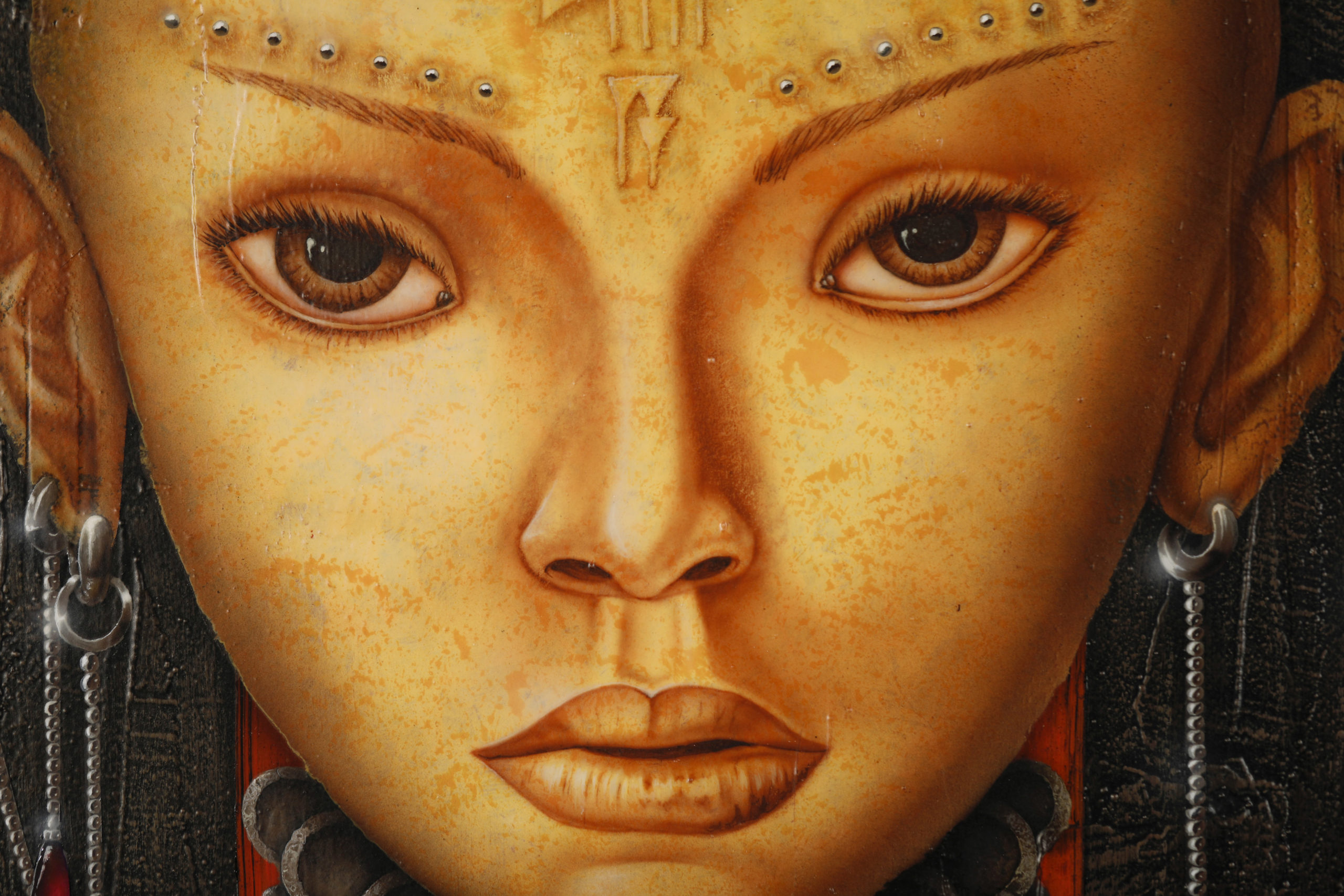 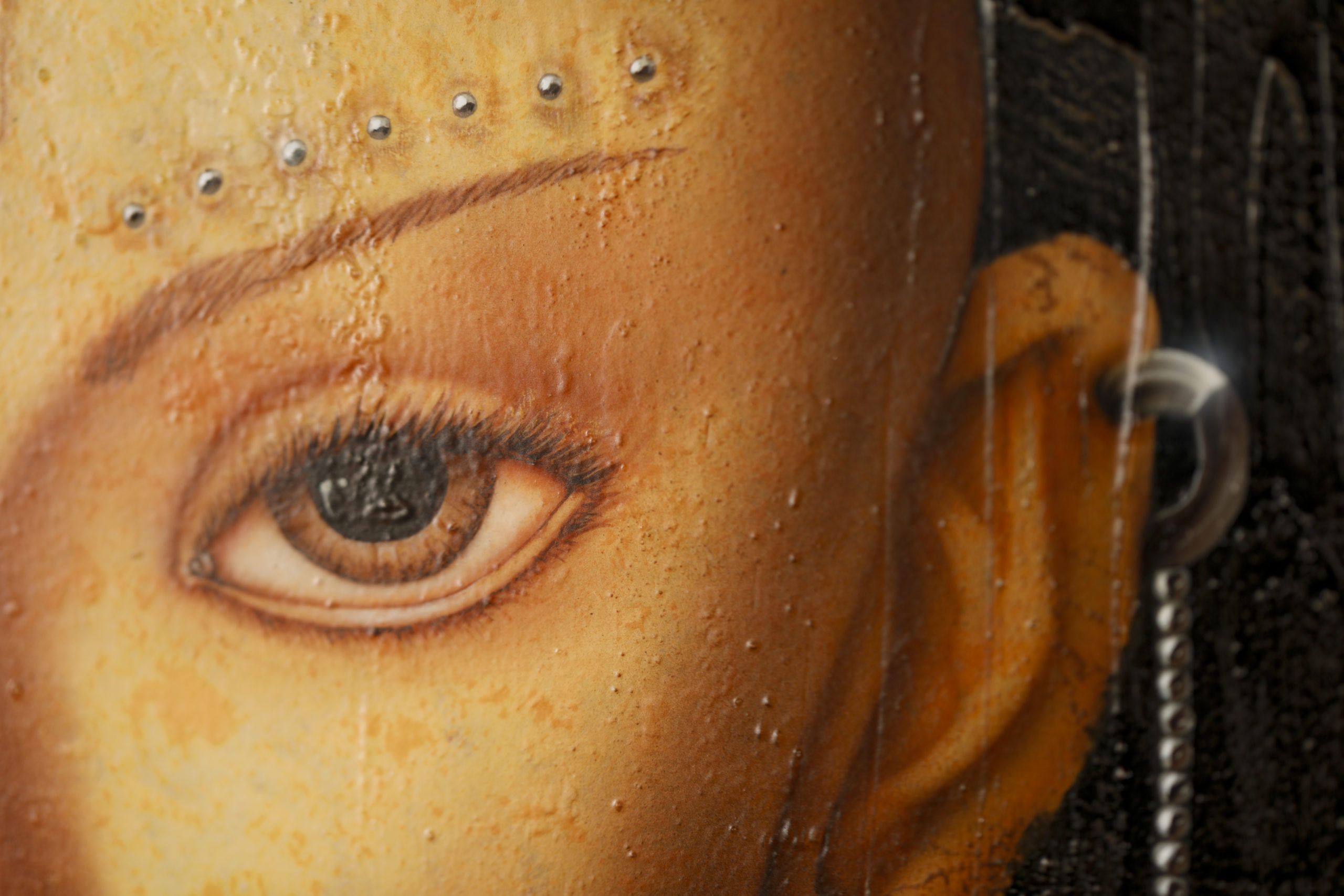 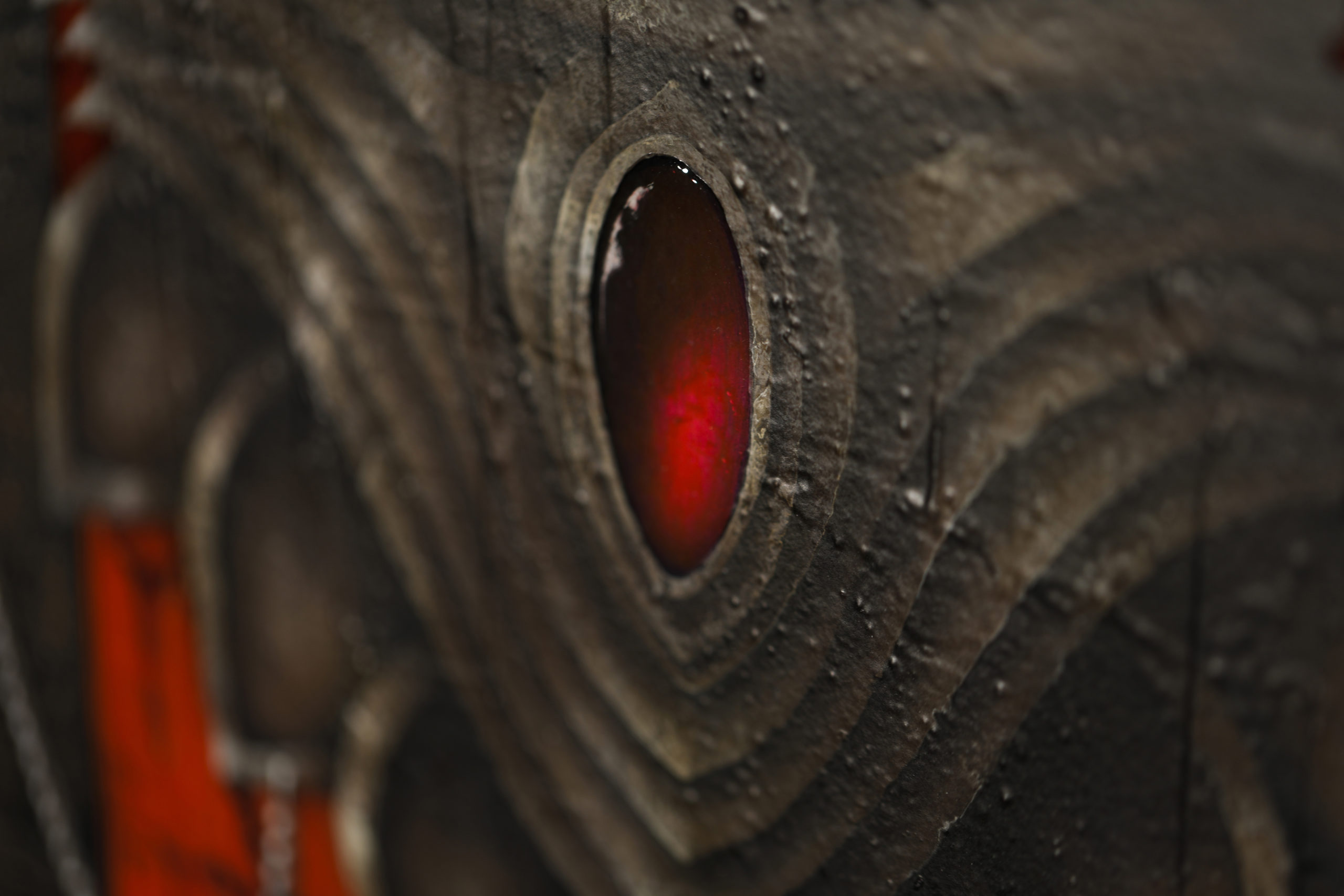 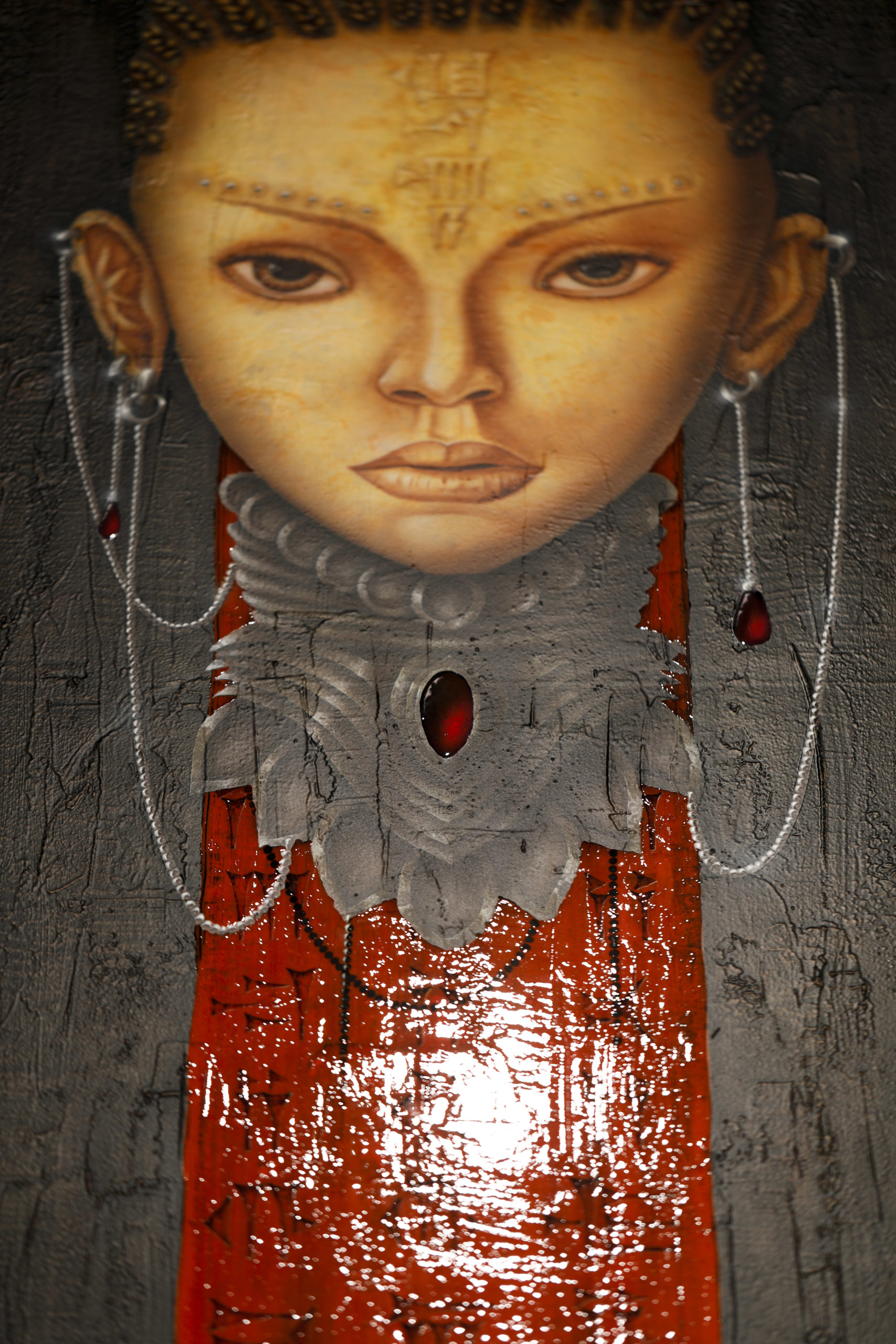 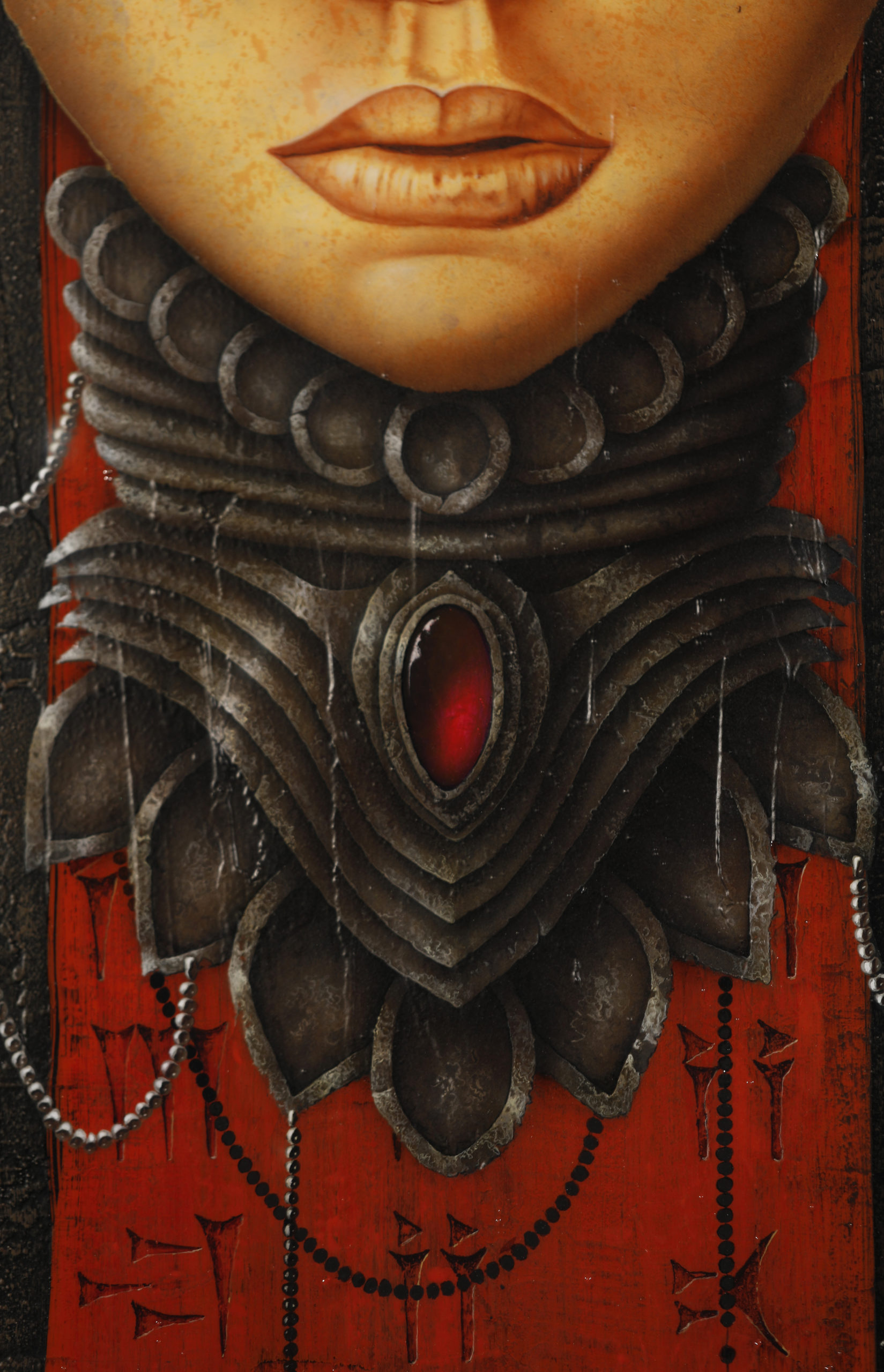 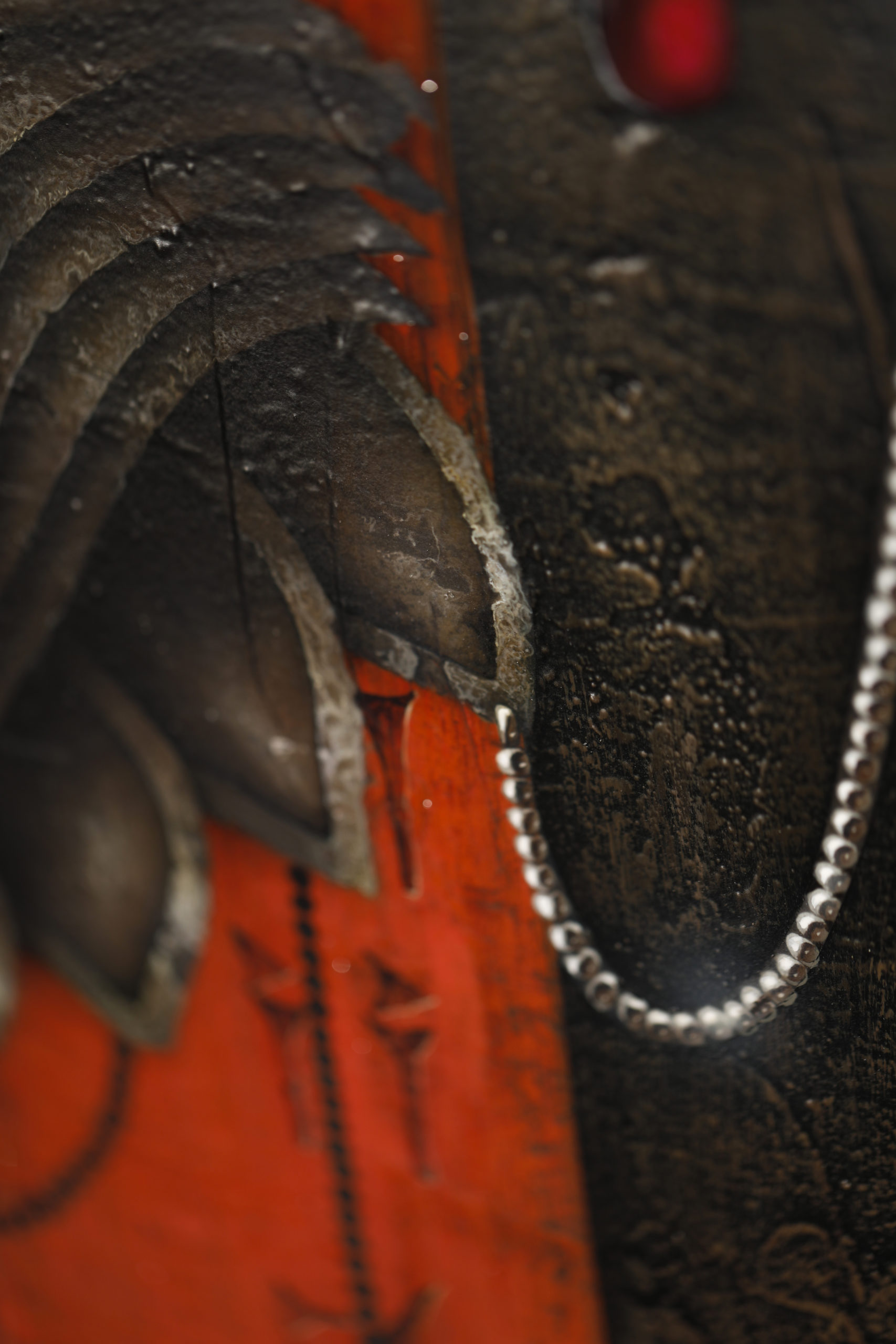