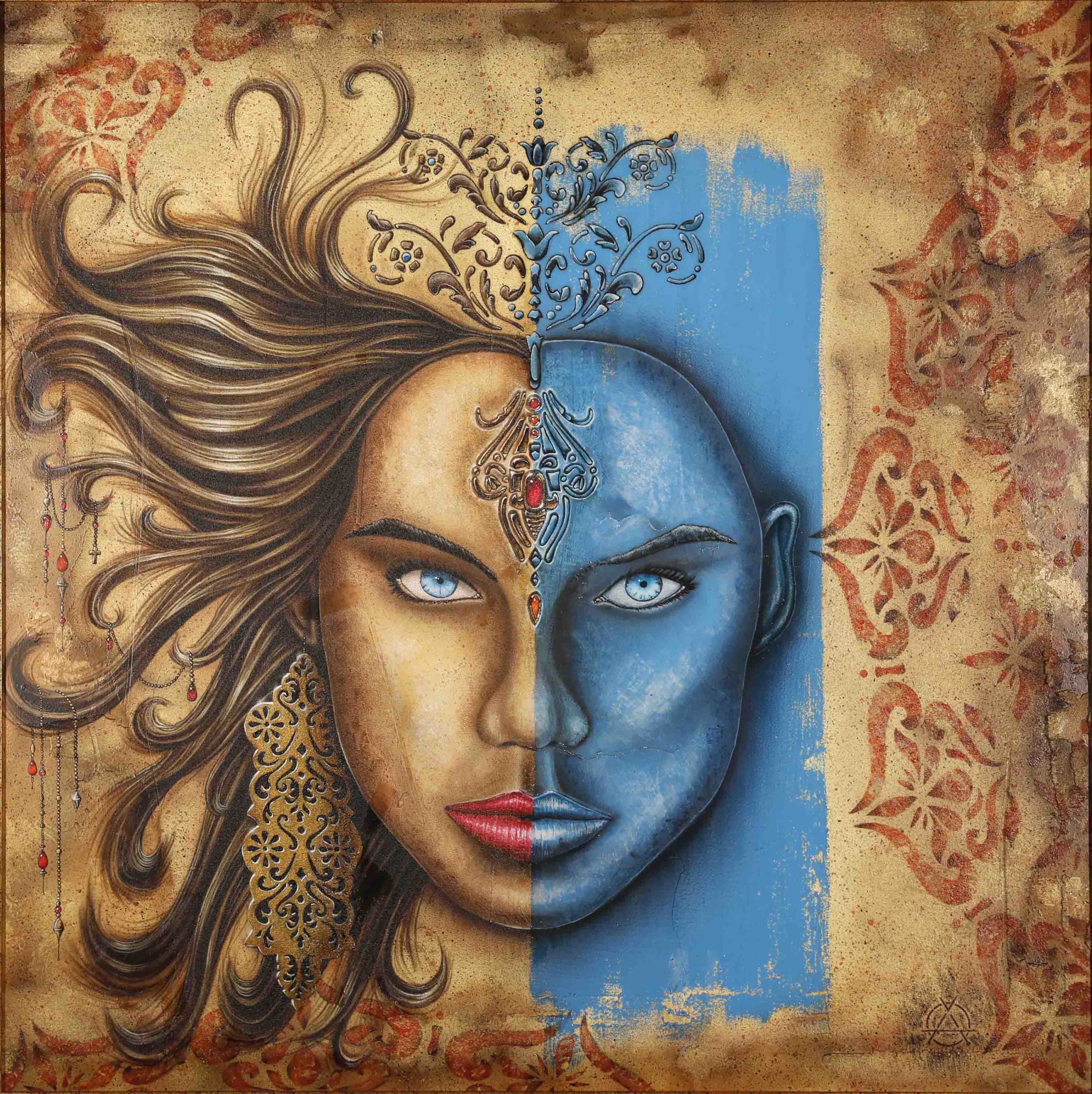 Powerful Goddess of the Hindu tradition, understood not only as the incarnation of a Divine being, but also as pure Sacred energy, of which every woman would be pervaded.

In this work, the duality of the subject is evident, where the blue half of the face can be understood both as the shadow part of the human being, the hidden component that is not easy to see, but also as its hidden strength, the Divine component.

The blue color was not chosen at random, in fact Shakti being a goddess belonging to Hinduism, this tradition usually identifies some divinities with a bluish skin, thus distinguishing themselves from humans. 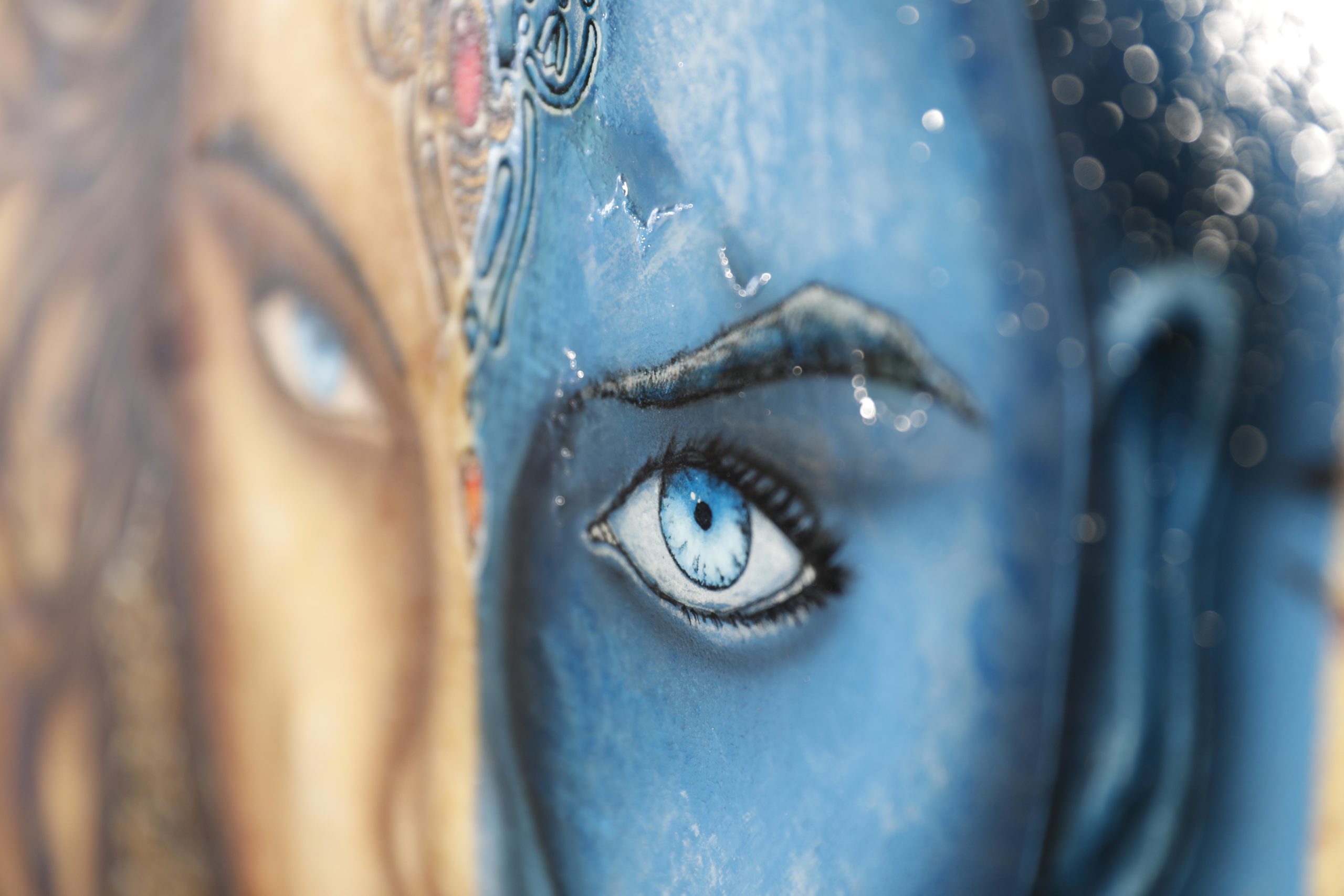 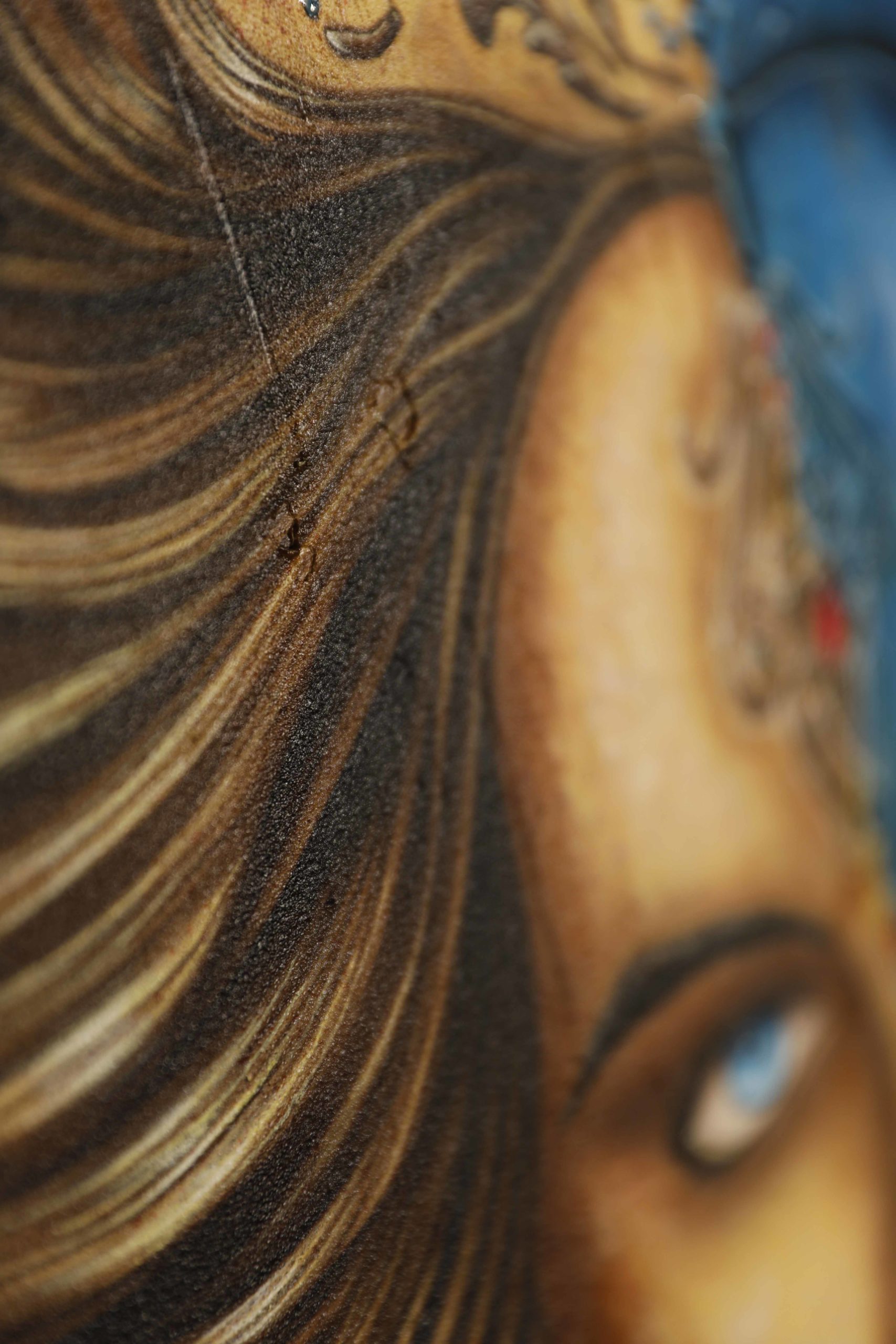 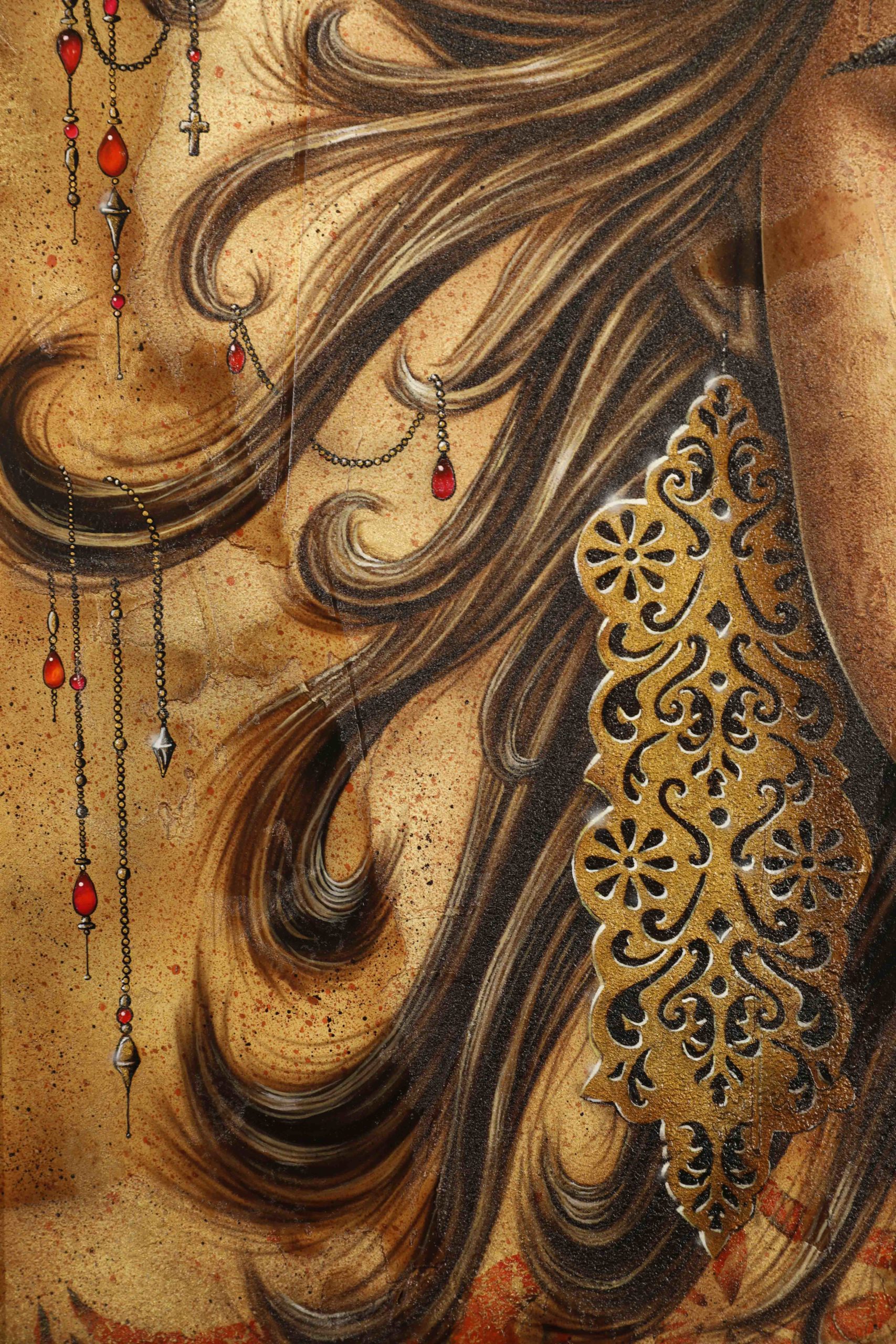 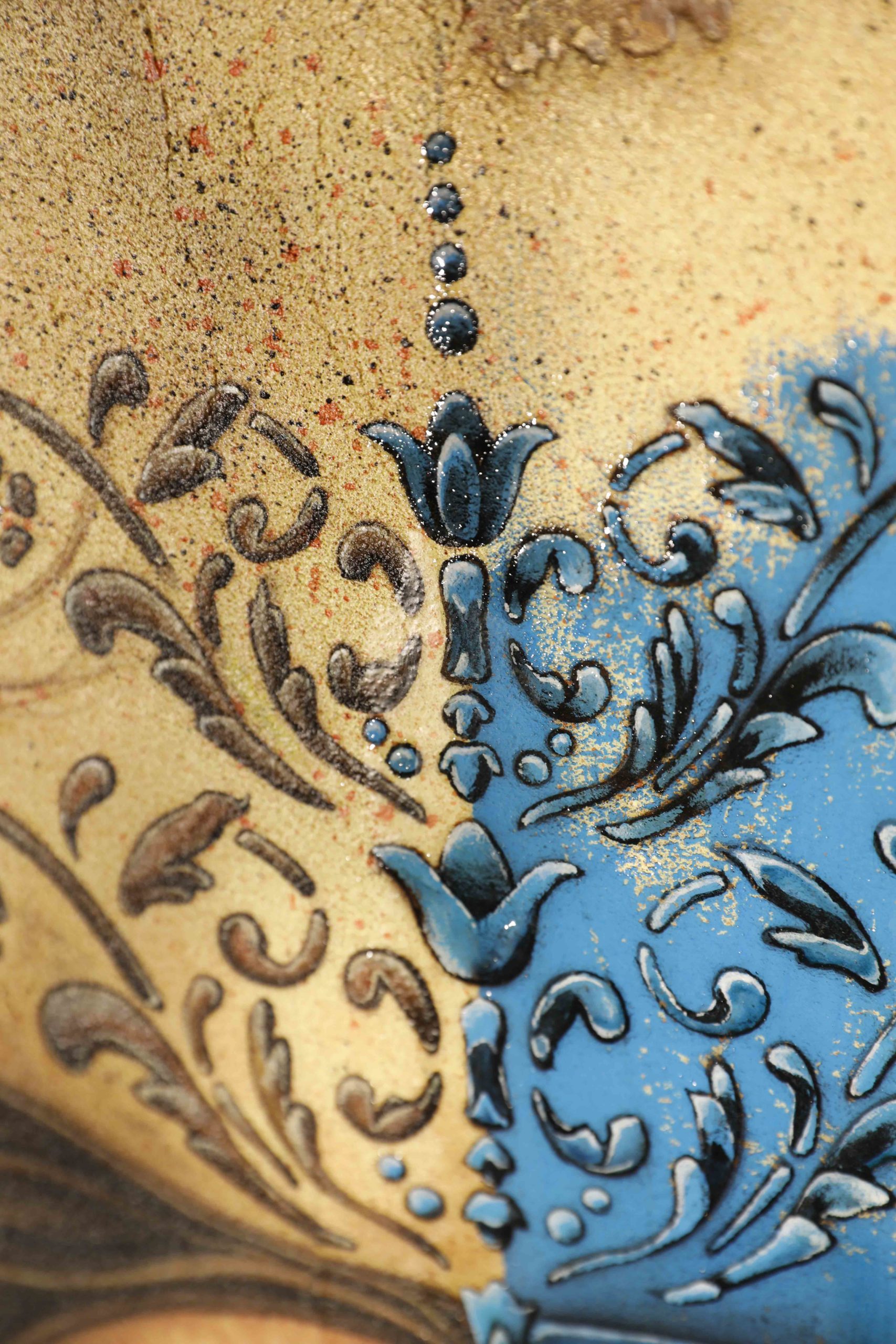 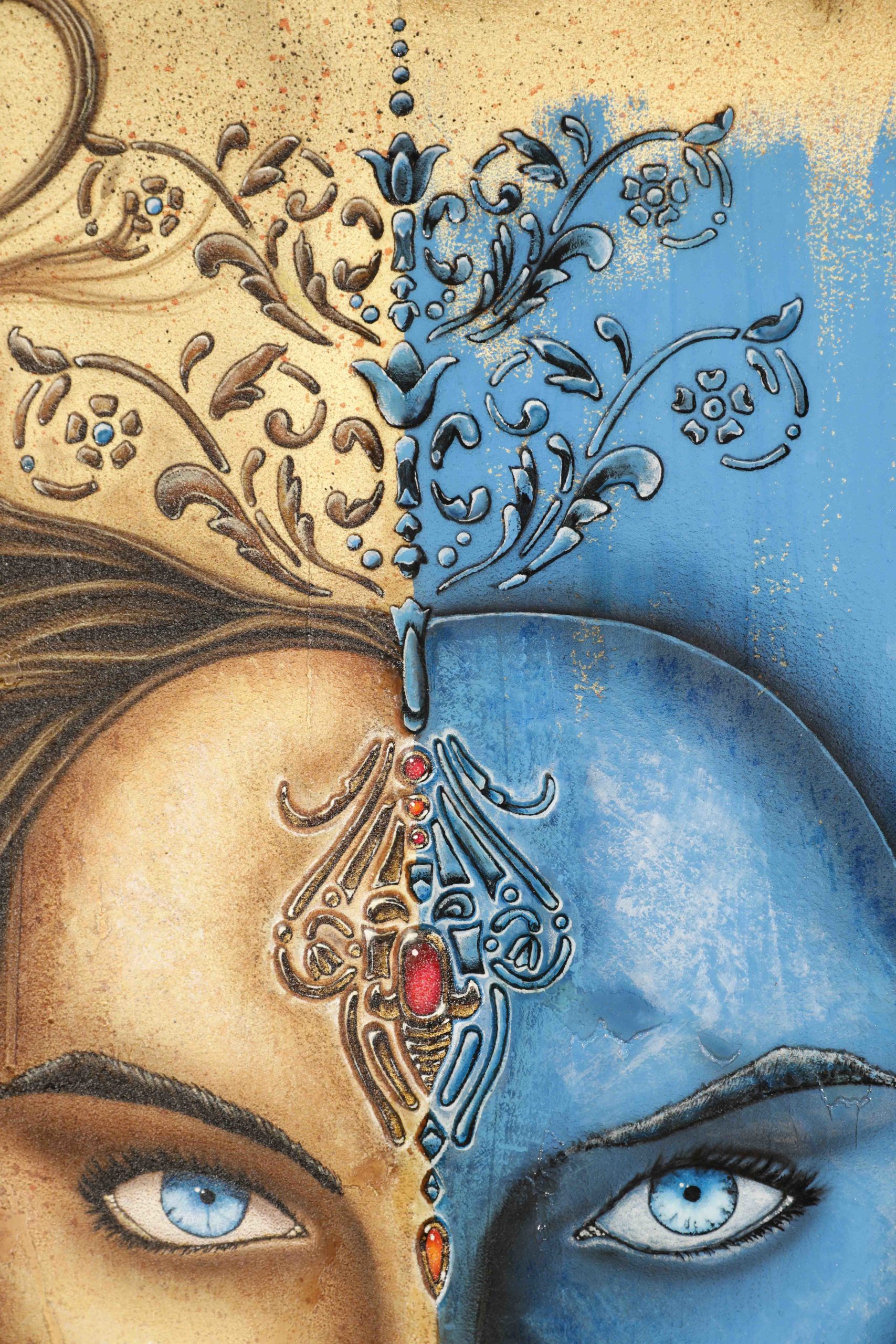 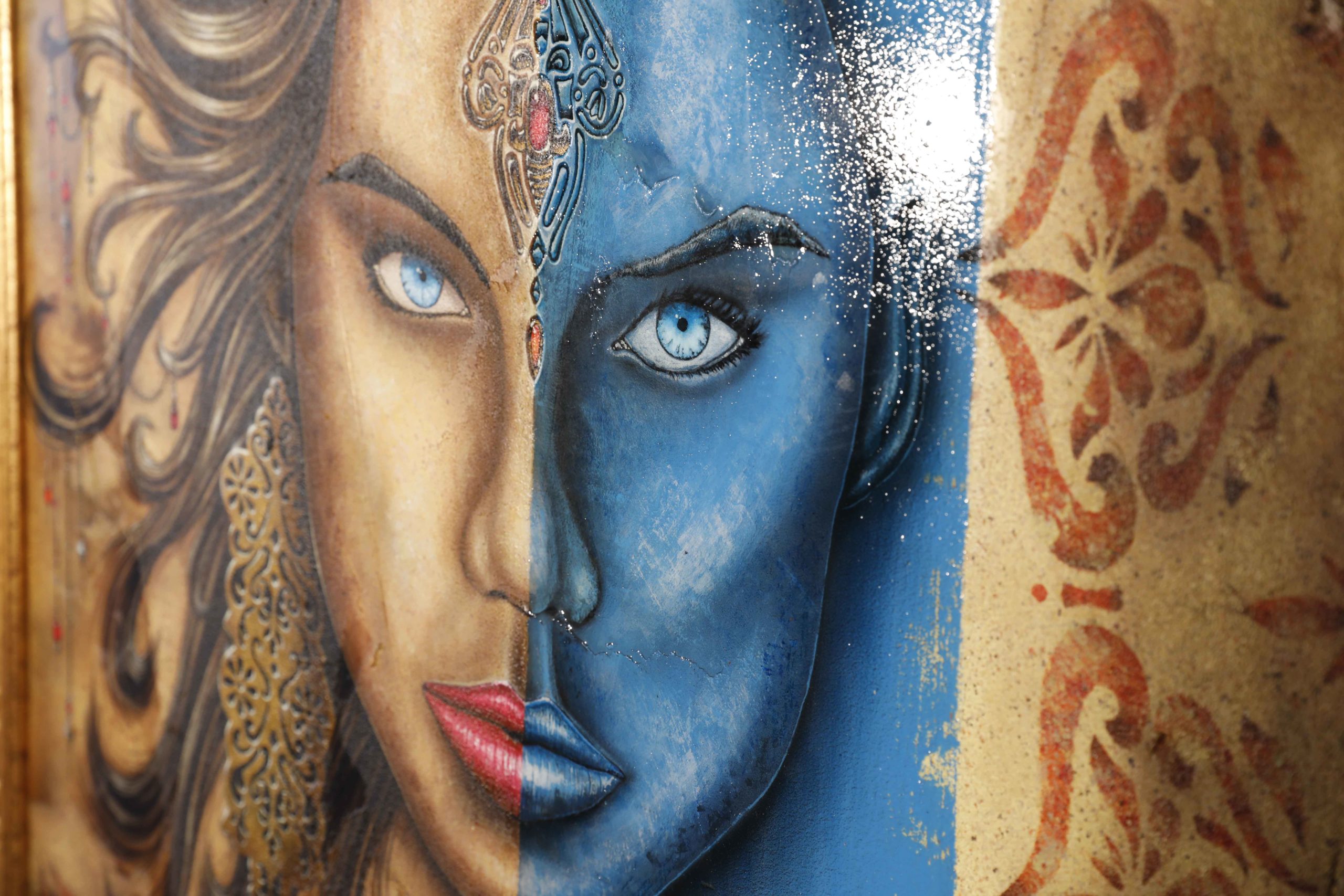